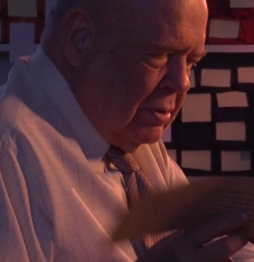 On December 15, 2011, noting the first anniversary of the passing of legendary Tibetologist E. Gene Smith, the Shelley and Donald Rubin Foundation will celebrate his life and host a private screening of the documentary about Smith, Digital Dharma — an epic story of cultural rescue, and how one man’s mission became the catalyst for an international movement to provide free access to the story of a people.

Thanks to the people behind the film, we’re able to share exclusive video clips — and offer you the chance to have a Digital Dharma screening of your own. Click through for details and to watch an exclusive Digital Dharma clip — “Gene Smith and his legendary collection of books” — the first of several to be hosted here on Buddhadharma News.